The 1950’s electrical panel was the best there was. Sixty years later, and circuit breakers getting temperamental, an upgrade is in order. New power for an old house.
2 Corinthians 5:17 says that if anyone is in Christ, he is a new creation. The old is no more and the new life has begun.  Amen and amen!
So many people try to light their lives with old wiring. They prefer the familiar, because they are scared of the unknown. At least they know the probable outcome, even though it may not be good.
In the movie Chariots of Fire, Abrams is talking to his friend Aubrey. He tells him that he knows first hand the fear of losing, but he had come to the conclusion that he was more scared of winning. Abrams was afraid of the unknown. He had the strength and talent to win, but his past losses kept him from winning. The darkness in his head hindered his light from shining.
Abrams needed a new electrical panel, modern circuit breakers. Don’t we all? With Christ we have a new power. Hebrews 12:1 and tells us that since we are surrounded by a great cloud of witnesses, we must get rid of everything that hinders us and the sin that entangles us, and run the race set before us.
The old electrical panel hindered the lighting in my house. Dwelling on his past second place finishes hindered Abrams winning. Throw off the things that trip you up. Remember, if you are in Christ, you are a new creation. 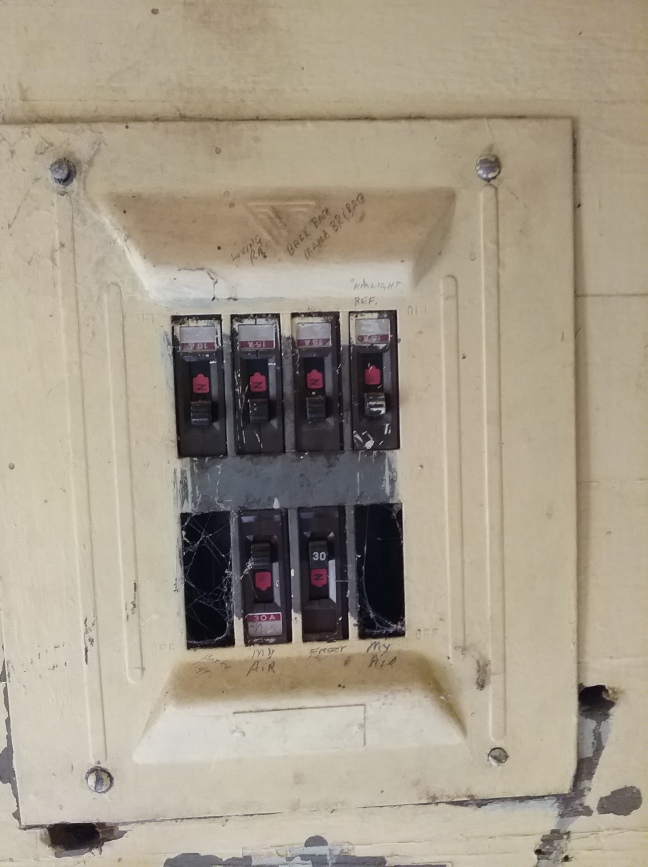 Blessings from the Exile’s Kitchen.