Nottaway Plantation held its second annual wine walk a couple of weeks ago. I fell in love with this white castle when I was a young girl in 1980. It had been restored and opened to the public for tours. My parents and I took a road trip and we were some of the first visitors through their renovated doors. 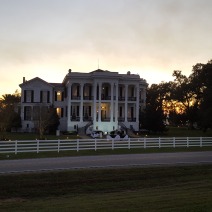 So, when I saw on social media that Nottaway was having a wine walk, I wanted to go. Problem was I know nothing about wine and didn’t want to go alone. Enter my birthday sister Trina. When I asked if she would go, she was all in. And even though the home was serving heavy hor dourves, we made it fun, by bringing our own: Plain and Barbecue Vienna Sausage. You know, real foodie minds have tried to answer the question for years: Which wine to serve with Vienna Sausage?

Eight stations for wine tastes were set up in the beautiful home. We test tasted sips of different wines and only the sommelier at table five gave us legit suggestions as to which wines would go better with Vienna Sausage.  There was a sparkling Brut Rose from J Vineyards that was just lovely to sip. Another  I liked was an inexpensive Charles Smith called Kung Fu Girl Riesling. So, to answer the question of which to serve with your chicken meat sticks, go with a sparkling white wine or rose.

This past weekend, we had an early Thanksgiving at my farmhouse. This year is the only time that all three of my sons will be in their twenties, so to commemorate that milestone, pictures were taken. Out to the big barn we all went. 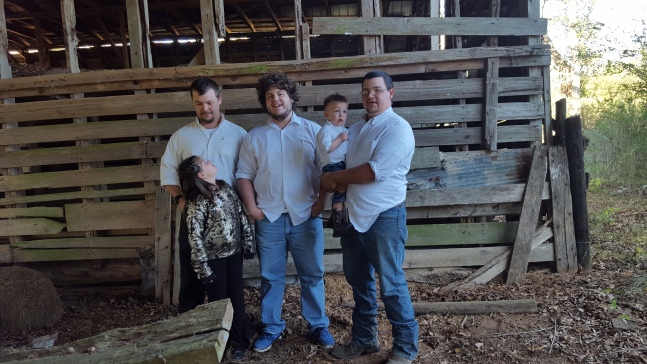 Team Player became a brotherhood catch phrase many years ago. The three were playing football with their Uncle and my oldest scored. My middle son kind of pouted and their Uncle said he needed to be a team player. The youngest eagerly announced that he could be a team player. He was no more than 5 at the time,  hand caught up in his sweaty t-shirt, exposing his belly, he asserted: “I team player! I team player!”

The three brothers have been just that: team players. We nicknamed them Adam,  Hoss and Little Joe Cartwright. They have always had each other’s backs. They are fun to be with. I hope that you have the same blessing with your children.

And speaking of children! I have two more grandbabies on the way!

Thanksgiving Blessings from the Exiles Kitchen.